Is it possible to predict whether a home invasion will be repeated? With correct data, the right question and an intelligent algorithm, the answer is yes. With considerably better results than the police software currently in use. This has been proven by data scientist Daniel Haake in a research project. For his master’s thesis “Forecasting Domestic Burglaries with the Help of Machine Learning Algorithms” he has received the Future Award for Police Work 2020.

The future of police work has already begun

Daniel Haake, Data Scientist at The unbelievable Machine Company (*um) and until recently in the service of the Brandenburg police force, has taken the investigative work of the police into the future. His research work at the Albstadt-Sigmaringen University of Applied Sciences in cooperation with the University of Mannheim was concerned with predicting whether, after a home burglary has taken place, there will be another break-in within a certain period of time and within a certain radius.

For this purpose he used the findings of near-repeat theory – an approach based on predictive policing, which states that if an offence is committed in a certain area, the probability of subsequent acts in the same area increases.

A similar approach has been adopted by the commercial software PRECOBS. In the context of predictive policing it was used in some German states by police authorities in temporary pilot projects or trial operations.
PRECOBS is a so-called expert system. In other words, assumptions as to when a serial offence can be expected are made beforehand. When the assumptions are met in a previously calculated near-repeat area, an alarm is issued.

A study of the Max Planck Institute for Foreign and International Criminal Law in Freiburg was conducted in Baden-Württemberg to examine the efficiency of PRECOBS. Thereby a precision for predictions within 7 days and 600 meters around the original crime could be proven by 25 percent. It was also found that forecasts for rural areas were practically impossible.

However, no assumptions had been implemented in the research project of Daniel Haakes’ master thesis. Rather, he tried to use machine-learning algorithms to find patterns in the data itself that would allow predictions of residential burglaries. Data from Baden-Württemberg were also available, which makes the prognosis values particularly easy to compare to the PRECOBS software.

With impressive results: For forecasts within 7 days and 600 meters a forecast quality (“precision”) of about 60 percent could be achieved – a considerable increase compared to PRECOBS. In the course of the master thesis it was not possible to find better values in a worldwide research. In contrast to previous solutions, forecasts in rural areas became possible. For the first time, this would allow the application for whole states instead of only for individual urban areas.

For these results and his associated master’s thesis “Forecasting Domestic Burglaries with the Help of Machine Learning Algorithms”, Daniel Haake was awarded second place in the Future Award Police Work 2020 this February. It is still open when this will be followed by action. 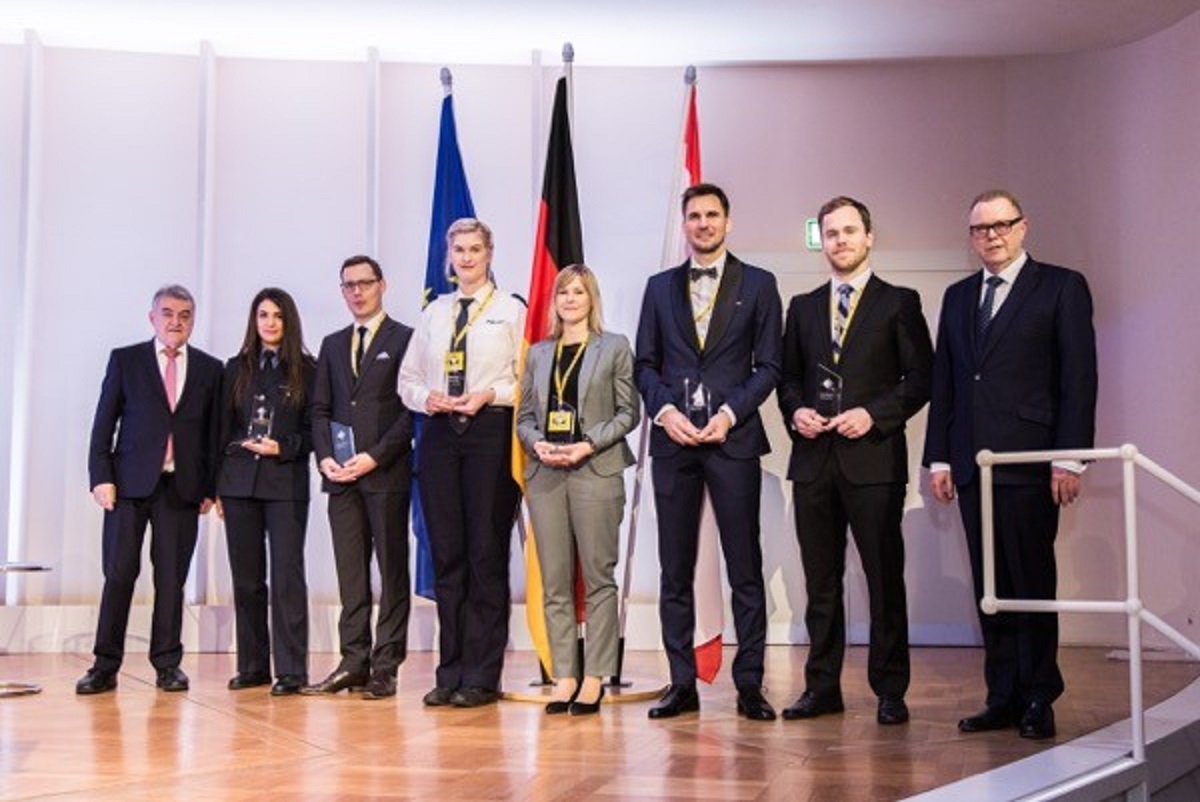 PRECOBS is strongly reminiscent of the “precogs”, people with clairvoyant abilities who are supposed to foresee and prevent murders of the future in the movie “Minority Report“. The plot is taking place in the year 2054. Will this fiction become a reality?

At first the software actually ran under the working title PRECOGS and was supposed to remind of “Minority Report”. Later the name was changed to PRECOBS: “Pre Crime Observation System”. Certainly the name should continue to allow exactly this association.

The software was intended to identify regions where an increased risk of burglary could be expected. Such software is not intended for homicides. Moreover, I consider this to be difficult to implement, since most murders are relationship crimes and do not constitute a mass offence in our country. Not to mention the moral scruples when it comes to the prognosis of perpetrators. Similarly, when it comes to the prognosis of home burglaries, it is not a question of predicting that Mr. Sam Sample will break into 12 Main Street at 6:42 pm.

Then what is it about?

Generally speaking, it is not about predicting offenders, so there need be no concerns about data protection. Rather, it is about the detection of areas with an increased risk within a certain period of time. This can provide police officers with an additional means of intervention, supporting them in their targeted patrol activities. This is what this type of software is designed for.

What does this mean for police work in the future?

For the police, the possibilities of machine learning mean promising software solutions that can significantly support the police service. For example in the investigation of child pornography. There, police officers have to search for child pornographic material on computers of suspects and examine the material for the presence of criminal offences – in other words, look at it. There are catalogues of child pornography material already in circulation against which the files can be checked on the computer. But this is not possible for material that is not yet known.
Nowadays, storing large amounts of data on home computers with terabytes of hard disk space is no longer a problem. However, for the search for child pornographic material this means a very time-consuming work.

And the software can provide quick help?

Exactly. The primary concern is to protect children who need to be found, which is why it is even more important to find such files quickly. But it’s also extremely stressful work for police officers. Image recognition for photos and videos, which can automatically find files with child pornographic content using a trained neural network, is therefore highly desirable. In general, software solutions using machine learning can be very helpful in mass data evaluation.

Is it possible to abstract the findings and results from your research project to future projects?

From the press one could learn that Baden-Württemberg was not completely satisfied with the results of the study on the use of PRECOBS, which is why the research project was discontinued for the time being. I don’t know whether the results of my master’s thesis will make the topic more prominent again and increase confidence in the possibilities. My results are still very new. Therefore I cannot yet estimate what will happen in this area in the future.

Did your experience as a former police officer help you with your master thesis?

Yes, definitely. For one thing, it made me familiar with the various criminological theories I have used to predict home invasions. Also my own experiences from patrols were certainly helpful. Furthermore, the view of a police officer was important to me: Under which circumstances would a software for forecasting give me added value?
Expert knowledge is always important to be able to look in the right direction. The data scientist himself does not necessarily have to be the expert in the respective subject area, but he should consult a specialist. Of course, if the data scientist is also a subject matter expert, it will be easier.

Meanwhile you have become a Data Scientist at Unbelievable Machine. Why did you decide to do this?

For one thing, I wanted to broaden my horizons in data science. Through the different projects at *um I can use my knowledge well, but also improve myself continuously. On the other hand, it’s great that *um is a one-stop shop for everything from operations and software development to data engineering and data science – “from idea to cable” – which means that tailor-made products can be delivered. This is great for the customers and also exciting for us employees.

To conclude, of course, congratulations on the Future Award. What will you do with the prize money?

Thank you very much. I donated the prize money of 1,000 euros to a daycare center I know in Potsdam. They have a wonderful team that accompanies the children during their first years of life with a lot of heart and full dedication and prepares them wonderfully for their further stages of life. I am sure that the money will be well looked after there. 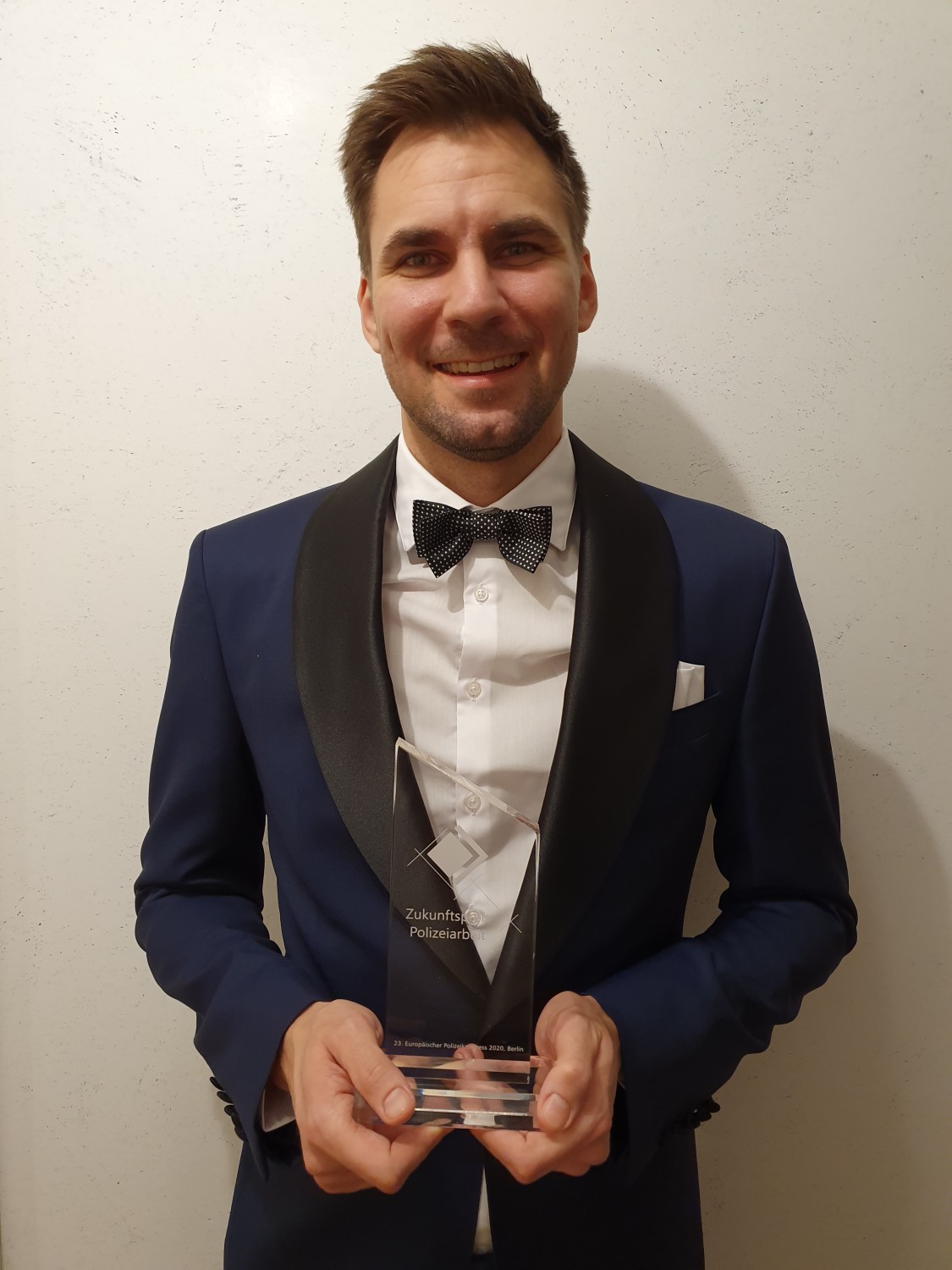 Daniel Haake, most likely the next James Bond